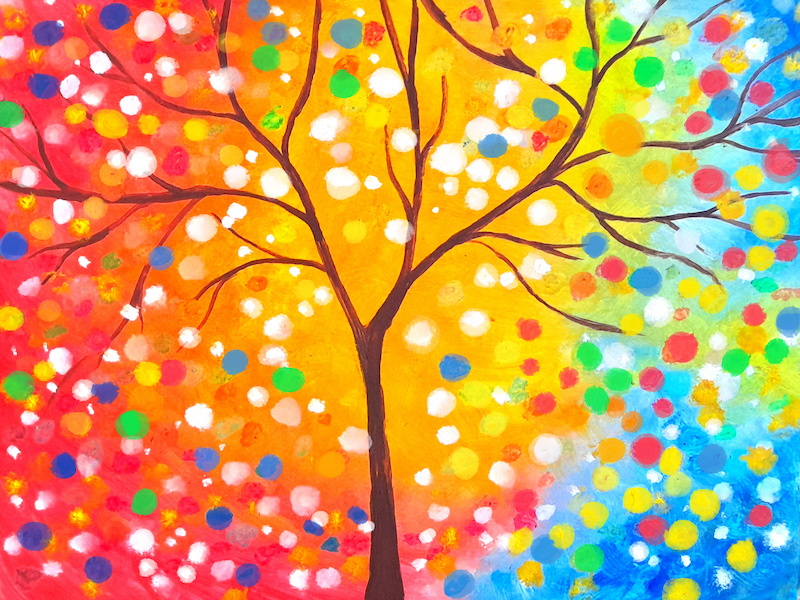 Members of the LGBTQ+ community have made tremendous strides in their fight for equal rights during the previous two decades. Nonetheless, many organizations and individuals continue to discriminate against individuals based on their sexual orientation or gender. Not long ago, a number of countries repealed their prohibitions on same-sex marriage, while others formalized its legalization. However, in many parts of the world, LGBT couples continue to encounter prejudice. I’m hoping this scenario improves in the near future.

The blended band of colour that surrounds the solitary tree in the centre of the painting is reflective of the metamorphosing nature of the seasons which see climatic intervals merge and transition from one to the other; spring evolves into summer, summer into autumn, autumn into winter and so on. The elaborate lifespan foliage sustains is illustrated in the speckled perimeter. With the perennial plant placed centrally, the artist conveys the process of abscission and photosynthesis intermingled with diverse weather patterns. The boundlessness of nature aligns at its core with gender fluidity and the sexual orientations that exist within it to support the foundation of equal opportunity.