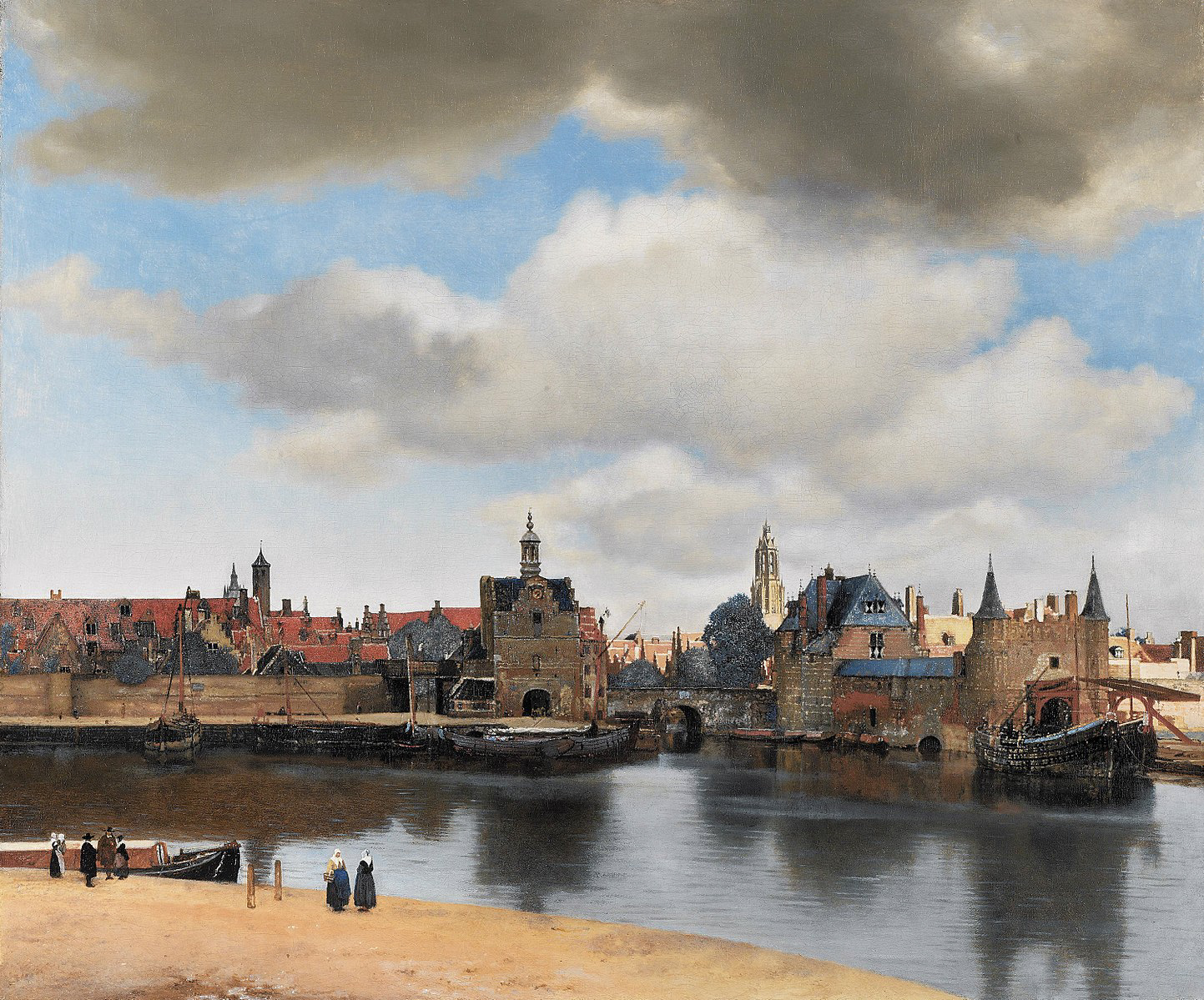 THE MYSTERY OF
VERMEER’S VIEW OF DELFT

The gift of art is mysterious. It can be experienced; it can hardly be explained. In a poem spoken by a painter Robert Browning gave us his famous line, “Ah, but a man’s reach should exceed his grasp,/ Or what’s a heaven for?” Browning, more than most of us, grappled with “the ungraspable phantom of life,” and in the process gave us many memorable characters. We do well to embrace the mystery of art, and the adventures that come with it

Shakespeare is a mysterious artist to us, because we know so little about him (and about his education), though he dwelt in the highest realms of art. Johannes Vermeer, a Dutch painter of the seventeenth century, is like Shakespeare in both respects. Yet while Shakespeare was celebrated in the eighteenth century, Vermeer was largely forgotten. Since his rediscovery in the nineteenth century, scholars have worked hard to make Vermeer known to us, but with small success. We know that he and his wife had eleven children, and we believe that less than forty of his paintings survive. We know that he died in debt. All we know about his death at the age of 43 is contained in this statement by his wife: “. . . As a result and owing to the great burden of his children, having no means of his own, he had lapsed into such decay and decadence, which he had so taken to heart that, as if he had fallen into a frenzy, in a day or day and a half had gone from being healthy to being dead.”

There is a general mystery about Vermeer’s paintings: How could an artist, so burdened by his need to provide for his family, portray people and scenes that radiate such beauty and peace? What was the source of his peace? How could a troubled soul produce such luminous perfection? We cannot know for sure, but we can certainly wonder about it—and wonder is an essential component of art.

There is also a specific mystery about Vermeer’s famous View of Delft. It is his only landscape painting, yet art experts are in general agreement that it is a nearly perfect work. We have no knowledge of landscape studies by Vermeer. Documentary records, which describe a few Vermeer paintings that either did not survive or are unknown today, do not mention any other landscapes. Is it possible that a first attempt could be so extraordinarily successful? If so, the much-analyzed View of Delft is one of the most astonishing successes in the history of art.

Art is mysterious, yet it is also inspiring. Every human being can rejoice in the great gifts of art which, through their creators, have been given to all of us. The gifts given us by a Shakespeare or a Vermeer do not demand of us, “Go, thou, and do likewise.” Who could do that? Yet to those who love them, they are a stimulus to experiment, to see what we can do, to “stretch every nerve and press with vigor on.” As we love and admire the great things in art, we are moved to discover our own artistic gifts and to bring them to fulfillment.

As I pondered the mysteries of the peace and beauty in Vermeer’s works, and the uniqueness of his View of Delft, I was inspired to write a poem about the painting. For those who wish to study the poem, I provide the following introductory information:

The executor of Vermeer’s estate was Antony van Leeuwenhoek, who like the artist was a native of Delft. He invented the microscope, and his investigations with it proved that he was a great scientist. I was struck by the fact that the estate of a debt-ridden artist was administered by a world-class scientist. (Such are the wonders of the Golden Age of the Dutch!) The words “resolving power, “spectacular,” and “magnified” all reference the science of microscopy, which was founded by Vermeer’s executor.

The poem is a sonnet, fourteen lines of iambic pentameter (more or less), with a fixed rhyme scheme, in this case the Petrarchan, first used by the Italian poet Petrarch in the fourteenth century. The sonnet expresses the viewpoint of the executor, as I have imagined it. Scholars believe one of his duties would have been to attempt to shield View of Delft from Vermeer’s creditors, so that the painting might remain with his widow. They doubt that van Leeuwenhoek was able to accomplish that good work.

His progeny in nature were but less
Than his progeny in art: the pictures—pure,
Their luminous detail serene and sure,
And their mysterious power to bless
Engendered from interior duress;
The children—turbulent and immature,
And destined with their mother to endure
The fate of every debtor in distress.
The View of Delft he fathered, wide and bright:
The walls and water of our native place
(By the great resolving power of his art)
Rendered in shade and spectacular light—
With a numinous perspective and a grace
That magnified the aching in his heart. 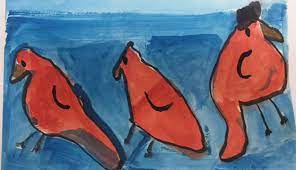 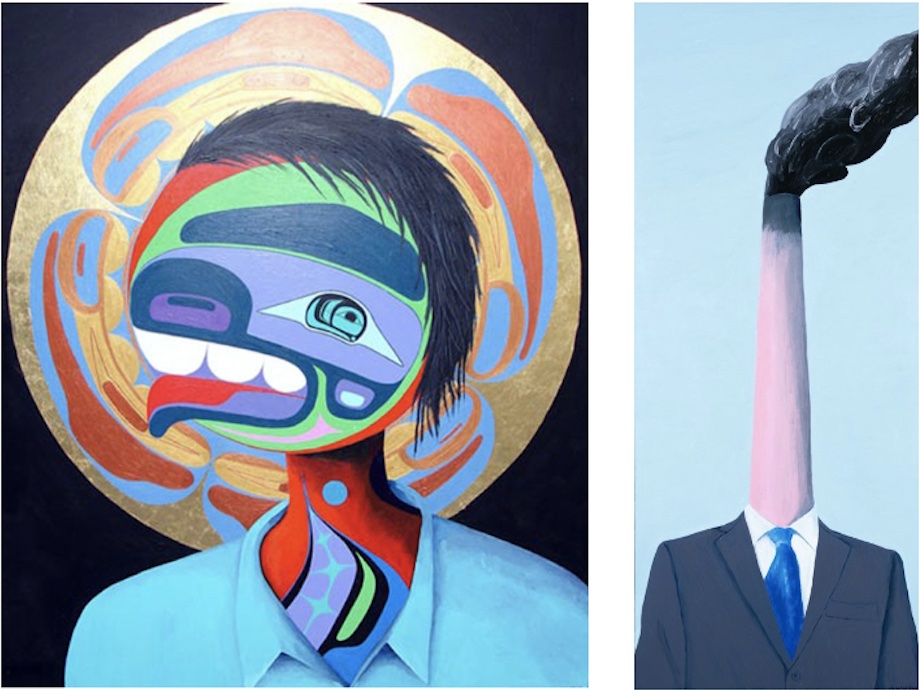